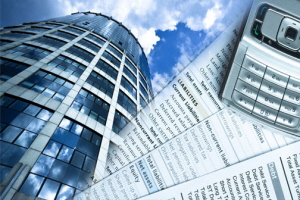 For companies that choose to lease long term assets, the accounting for those leases can have an impact on their balance sheet as well as their bottom line. Currently, leases can be accounted for in one of two ways—operating vs. capital. Many real estate leases are accounted for as operating leases, which is typically preferable to lessees who do not want to show the leased asset on their balance sheet, since only the right to use the asset is transferred. In addition, lessors keep the asset on their balance sheets to depreciate. The other type of lease is a capital lease, which transfers some of the risks and rewards of ownership of the asset to the lessee, who, in turn, can recognize expenses sooner than in an equivalent operating lease. This post focuses on the capital lease.

When is a Lease a Capital Lease?

In order for a lessee to treat a lease as a capital lease, one of the four following tests set by the Financial Accounting Standards Board (FASB) must be met.

A lessor must also meet one of the four tests above, plus both of the following criteria to classify a lease as a capital lease.

For lessees, capital leases are initially accounted for by recording a leased asset and a lease obligation at the present value of the minimum lease payments during the lease term excluding executory costs. This amount cannot exceed the fair value of the property. Minimum lease payments do include the bargain purchase option or any guaranteed residual value. During the lease term, lease payments are applied to the lease obligation and interest expense is recognized based on an amortization schedule, similar to a loan. In addition, depreciation expense is recognized as well. Therefore, due to the larger interest expense in earlier years, there may be a greater tax benefit in those years. In essence, a capital lease is similar to financing a purchase.

Capital leases for lessors are either accounted for as sales-type leases, which will record a profit upon lease inception; or a direct financing lease, which does not give rise to profit. Furthermore, for real estate leases, ownership must transfer to qualify for a sales-type lease. In essence, a lessor will record a gross lease asset, which is equal to the minimum lease payments. Deferred interest revenue offsets the gross lease asset. If the lease is a direct financing lease, the net of these two amounts should equal the net book value of the asset. If the lease is a sales-type lease, the difference between the gross leased asset less the deferred interest revenue and the net book value of the asset is recorded as a gain or loss. A possible advantage for the lessor in recording a capital lease is the ability to use installment sale treatment for tax purposes.

The current accounting for leases has been a hot topic for the past few years. The FASB in conjunction with the International Accounting Standards Board (IASB) issued a controversial exposure draft in 2010 and based on initial comments issued an updated exposure draft on May 16, 2013. The proposed accounting standard would change the current accounting for leases by placing substantially all leases on the balance sheet. For most “property”, which includes land, buildings and parts of a building, a lessee would record a “right-to-use” asset and a lease liability, measured at the present value of the lease payments, on the balance sheet and continue to recognize expense on a straight-line basis, unless the lease term is for substantially all of the asset’s life or the present value of the lease payments are substantially all of the asset’s fair value. The lessor would continue to recognize the property as an asset and recognize income as with the current rules, typically on a straight-line basis over the lease term. More information on the current proposal can be found at fasb.org.