Letters of Intent – Binding or Not? 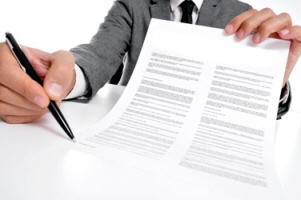 Letters of Intent – Binding or Not?

At one time or another, and in a variety of settings. businesses enter letters of intent. Some come about after lengthy discussions, some come about after a few conversations. Few letters of intent contain all of the deal details and many lack pertinent, important details. If the letter of intent is a result of a few conversations, the parties may not have thought about the legal enforceability of the letter of intent. Conscious thought must be given to that consideration because letters of intent run the gamut from totally non-binding to fully binding, with many falling somewhere in between. The failure to consider enforceability, and the failure to properly document it, can lead to future disappointments and unpleasant surprises

Words do mean everything in this context.  To avoid future disappointments and unpleasant surprises, make sure all letters of intent receive legal clearance.

The above are things for you to think about and do not constitute legal advice. Before you enter a contract, consult with a qualified attorney.