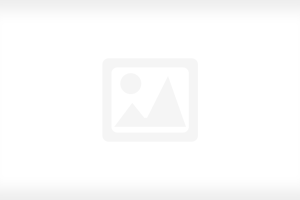 The public/private partnership was recognized as a facility that “demonstrates responsible land use and sustains a thriving community.”
Lancaster, Pa. June 20, 2014
The Lancaster County Convention Center and Marriott at Penn Square has been selected as one of the winners in the 2014 inaugural Willard G. “Bill” Rouse Awards for Excellence. Sponsored by the Urban Land Institute Philadelphia (ULI Philadelphia District Council), the award honors projects that demonstrate ULI's mission to provide leadership in the responsible use of land and to help create and sustain thriving communities. One of 9 winners selected for recognition, the project was entered in the Mixed-Use Development/Adaptive Reuse categories.
Completed in 2009, the integrated Lancaster County Convention Center and Lancaster Marriott at Penn Square facility is a regionally significant urban infill project created by a public/private partnership in Lancaster, Pennsylvania—one of Lancaster County’s most important economic development projects in decades. The 425,000-square-foot facility is located on a 2.86-acre site in the heart of the Historic Downtown and features more than 90,000 square feet of meeting and exhibition space, 299 luxurious guestrooms, and historic elements and structures carefully crafted with contemporary new architecture.
The awards are named for late business and civic leader Bill Rouse, one of the founders of ULI Philadelphia and a past Trustee of the Urban Land Institute. Finalists were chosen from nearly 60 projects from Eastern and Central Pennsylvania, Southern New Jersey, and Delaware that were completed within the past five years. A 14-member panel of esteemed ULI juror members from across the country made the selections. Winners were honored at an awards ceremony held on June 18 in Philadelphia.
Accepting the award was ULI member Thomas D. Smithgall, Senior Vice President for Development for High Associates, Ltd. Smithgall served as the Master Developer for the project. Also in attendance was the Mayor Rick Gray, Nevin D. Cooley, CEO of the High Company and Mark C. Fitzgerald, President and COO of the High Real Estate Group.
About the Lancaster County Convention Center and Lancaster Marriott at Penn Square
Anchoring Downtown Lancaster and incorporating the 110-year-old Beaux Arts façade of the historic former Watt & Shand Department Store, the publicly-owned Lancaster County Convention Center, along with the adjoining Lancaster Marriott at Penn Square, offers a combined 90,000 square feet of meeting space and the latest technology for conventions, events, and trade shows. The convention center is run by a staff of two and a seven-member volunteer board appointed by city and county officials.
The Lancaster Marriott at Penn Square is owned by the Redevelopment Authority of the City of Lancaster and leased to Penn Square Partners, the private company that holds the Marriott franchise. Penn Square Partners consists of general partners Penn Square General Corp., a High Real Estate Group LLC affiliate, and Penn Square Ltd. LLC, an affiliate of Lancaster Newspapers Inc.
About ULI Philadelphia
Established in 1936, the Urban Land Institute is a nonprofit education and research institute whose mission is to provide responsible leadership in the use of land and in creating and sustaining thriving communities worldwide. ULI today has more than 32,000 members around the globe, representing the entire spectrum of land use and development disciplines including developers, builders, property owners, investors, architects, public officials, planners, attorneys, engineers, academics and others engaged in the land use field. The Philadelphia District Council encompasses about 900 members throughout Eastern and Central Pennsylvania, the southern half of New Jersey and the State of Delaware.